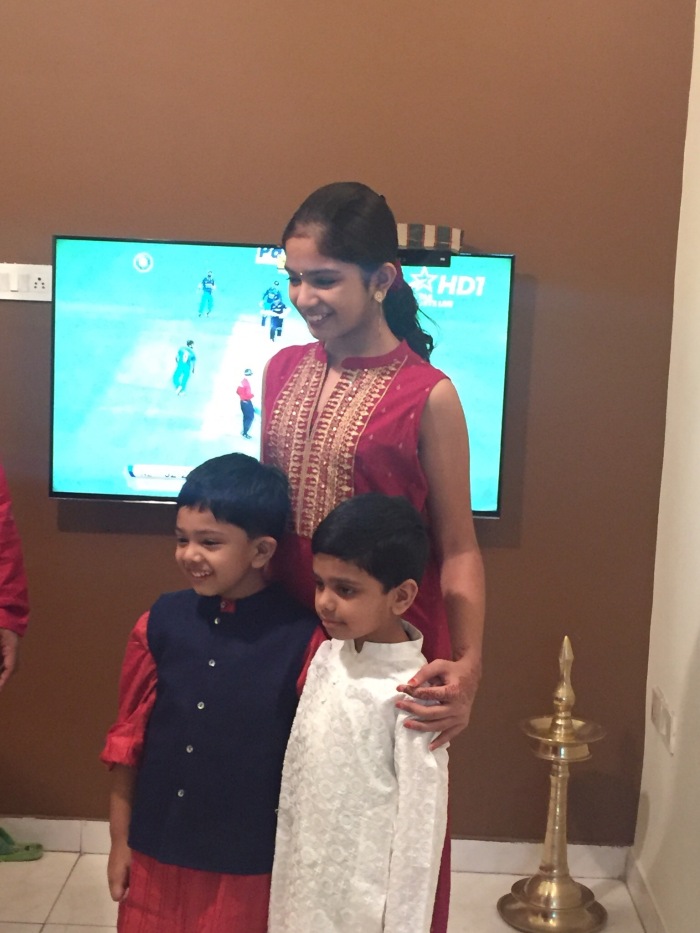 ﻿
Language bridges people from across the world. It helps us to communicate with each other.  We can share ideas, solve problems and help each other succeed because of language.  But sometimes we believe language becomes a barrier between people and even communities and states.  Why does this happen ?  There is no logic to explain this nor reasons to justify it.

Let us look at children.  Have you ever seen children not mingling with each other because they cannot speak a common language.  I have never seen that.  On the contrary, I have even recently experienced my grandson and my nephew’s son play with each although they do not speak any language in common.  Children have a way to communicate with each other without any language.  Language is never a barrier for kids to share and enjoy together.  Why should it be for the elders ?

We have an opportunity to learn from children.  As elders, we make language a barrier between us. We feel it breaks down communication and will easily blame communication as a barrier.  How do children overcome this barrier ?  How do they communicate even without knowing the language of each other ?  I am reminded of a story, which happened in India a few decades back.  A french anthropoligist was visiting India to study in some part of rural India.  He neither knew english nor Hindi.  He was also not familiar with the local regional languages of that part of India.  When asked how he would do his research without knowing the local language, he responded that he would visit the villages and behave like children and then the villagers would respond.  This will help him study their behaviour.

Thus we need to realise that language can be an enabler for better communication.  It should not be a barrier to deal with each other.  It is also interesting to note that more than 70% of our communication is done non verbally.  Hence, how can we blame language as a barrier, which in any case only accounts to that balance 30% of communication between human beings.

It is fascinating to see children talk to each other without knowing each others’ language.  They are not only able to communicate with each other but even able to coordinate with each other seamlessly.  If you see them play a game together, you will see this in action.  What prevents the elders to not do the same? As we grow older in life, our ego becomes the barrrier between human beings and not the language.

We tend in live in own world and refuse to adapt ourselves to others as the situation demands.  Children are adaptive by nature.  They are always willing to give more than they take from others.  They listen more attentively.  This makes them communicate with each other bettter without blaming language or other factors as barriers.

It is time to reflect, un learn and re-learn this adaptive nature from kids.  Their ability to adapt is admirable.

It is time for change.  What do you say ?

4 thoughts on “Language is not a barrier for kids”